TALLAHASSEE, Fla. – This week, two sections of Florida roadways were officially named in remembrance of Florida Highway Patrol (FHP) Troopers who died in the line of duty. The roadway designations were unveiled to honor the service and sacrifice of Master Sergeant William Trampas Bishop and Patrolman Royston Earl Walker. 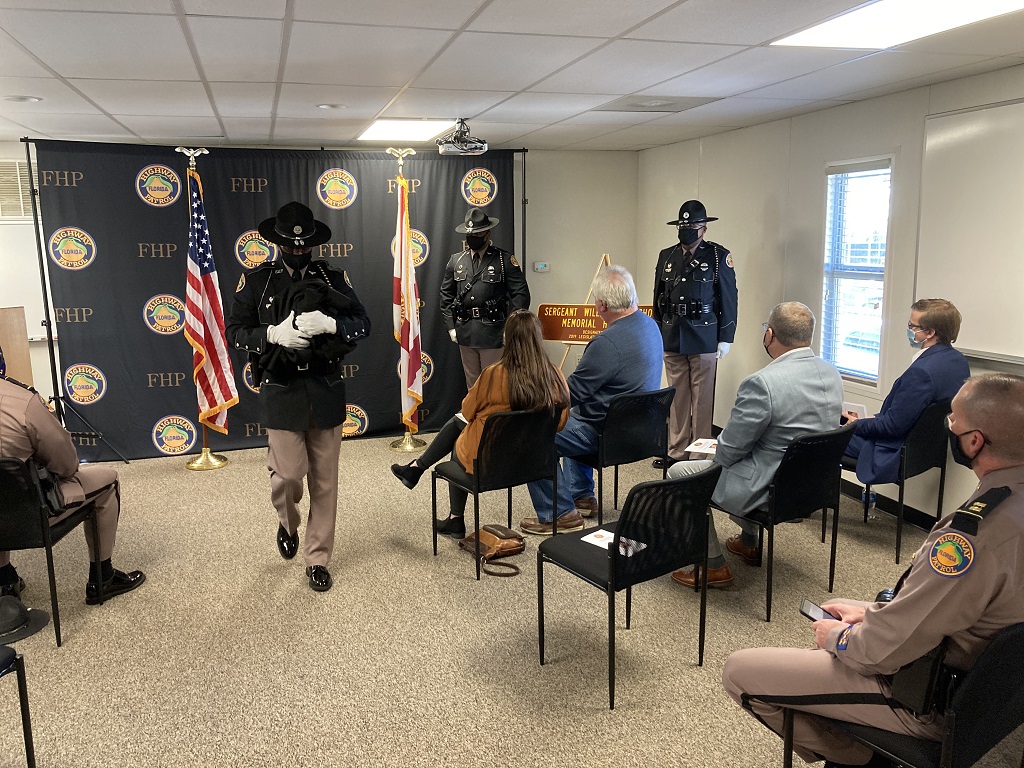 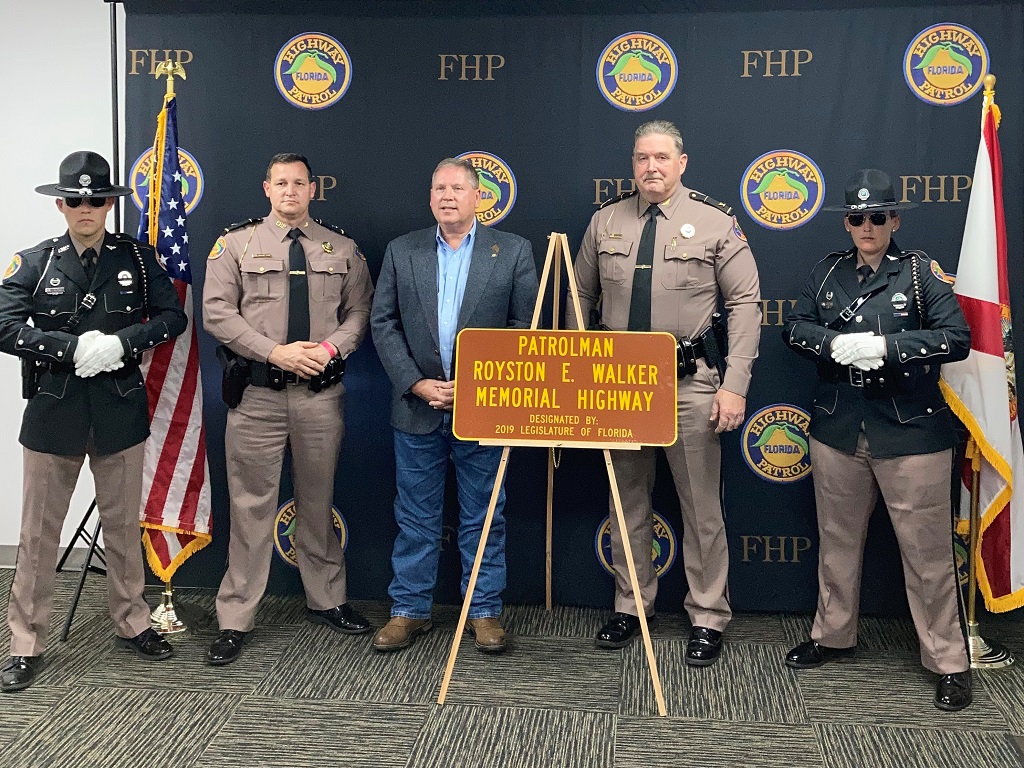 “The brave men and women of the Florida Highway Patrol put themselves in harm’s way daily to keep our roadways and those who travel them safe. I was proud to sponsor legislation honoring our fallen troopers who made the ultimate sacrifice in the line of duty,” said Senator Lauren Book. “With these designations, our first responders will know that their sacrifice and heroism will never be forgotten by Floridians.”

Representative Chuck Brannan said, “It was my privilege to sponsor this legislation so that we can permanently honor those troopers who have given their lives in defense of all we hold dear. It is my hope that the motoring public will always remember their sacrifices as they pass by these markers on our state highways.”

“Paying respect to Master Sergeant Bishop and Patrolman Walker by naming a portion of our roadways in their honor is a great tribute,” said Colonel Gene S. Spaulding, Director of the Florida Highway Patrol. “I would like to thank the Florida Legislature and Governor Ron DeSantis for ensuring the sacrifices of our fallen heroes are memorialized.”

The ceremony for Master Sergeant Bishop was held Tuesday at the FHP office in Gainesville, and the ceremony for Patrolman Walker was held Wednesday at the FHP office in Cross City. At both ceremonies, family members, FHP leadership, and state leaders gathered to pay tribute and unveil the roadway signs honoring Master Sergeant Bishop and Patrolman Walker.

The Florida Department of Highway Safety and Motor Vehicles (FLHSMV) provides highway safety and security through excellence in service, education and enforcement. The department is leading the way to A Safer Florida through the efficient and professional execution of its core mission: the issuance of driver licenses, vehicle tags and titles and operation of the Florida Highway Patrol. To learn more about FLHSMV and the services offered, visit https://www.flhsmv.gov, follow us on Twitter @FLHSMV, find us on Facebook or follow us on Instagram. For safe driving tips and techniques, download the official Florida Driver License Handbook.