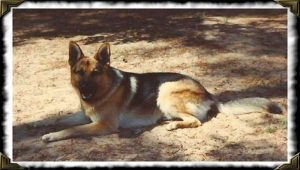 K-9 Major began his career with the Florida Highway Patrol on October 23, 1989. After completion of K-9 Patrol and Drug Detection schools in March 1990, K-9 Major and his handler Trooper Mike Smith were assigned to Troop G, Jacksonville. In his short career he was responsible for the seizure of approximately $100,000 in illegal drugs seized in Northeast Florida. He also played a role in numerous arrests of drug traffickers, car thieves and fugitives.

On November 29, 1990, K-9 Major was conducting a vehicle search alongside the roadway when he was struck and killed by a passing vehicle.