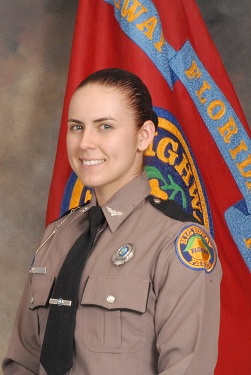 On September 8, 2020, Trooper Megan Stiles attempted to conduct a traffic stop for reckless driving on I-95 southbound in Palm Beach County. The vehicle, a silver Nissan Pathfinder which was later confirmed as being reported stolen, failed to stop, and fled the area. Trooper Stiles immediately notified the Lake Worth Regional Communications Center and a pursuit ensued. The vehicle exited I-95 and collided into an Infinity SUV. The suspect vehicle then fled from the crash scene but became disabled shortly after. The suspect subsequently lost control of the vehicle, crashed, and abandoned the vehicle. The suspect fled on foot carrying a military style rifle and a semi-automatic handgun.

As troopers continued to pursue, the suspect turned and fired a shot from the rifle at Trooper Stiles. Trooper Horlkins Saget, who had responded as backup for the pursuit, exited his patrol vehicle and began pursuing the suspect on foot. A short distance later, Trooper Stiles exited her vehicle to pursue the suspect on foot behind Trooper Saget. The suspect ran in between two houses at which time Trooper Saget engaged the armed suspect who was subsequently fatally shot, neutralizing the threat to the Troopers and the public. Trooper Stiles immediately provided first aid but were unsuccessful. It was later learned that the suspect was wanted on multiple felony warrants and was considered armed and dangerous.  Trooper Stiles had been released from field training and started solo patrol approximately 45 days prior to this incident.