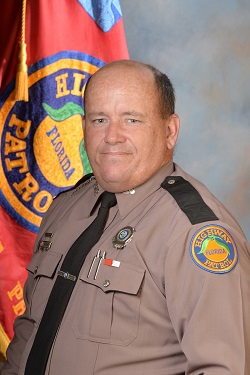 Due to a group effort and excellent backup skills, Trooper Vaughn, Trooper Dolan, and Trooper Dobosiewicz were able to pursue the stolen vehicle and arrest the criminal that terrorized the streets of Citrus, and Sumter County.