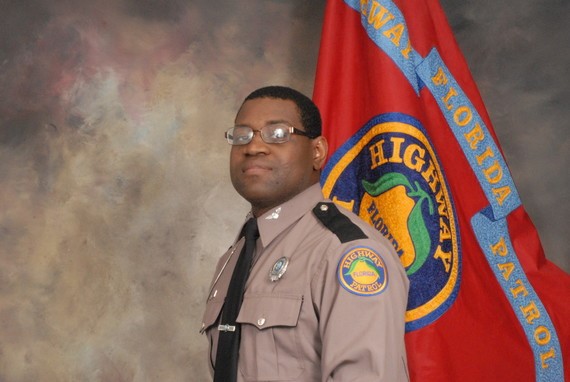 CFO Jimmy Patronis said, “It was my pleasure to present Trooper Saget with a resolution yesterday honoring him as the 2020 Trooper of the Year. In my opinion, Florida’s law enforcement officers perform one of the toughest jobs in the world – they respond to the calls, they keep our communities safe, and they run towards danger when others are running away. These brave men and women answer the call 24 hours a day 365 days a year. During holidays, birthdays and anniversaries – these heroes are always ready to fight for Floridians. Trooper Saget is no different, as he put his own life at risk to protect others and I could not be more grateful for his selfless service. Congratulations to Trooper Saget on this tremendous achievement and thank you to our dedicated troopers statewide for their service to our great state.”

“I am proud to serve with courageous troopers like Trooper Saget who selflessly put their lives on the line every day to protect Floridians,” said Colonel Gene Spaulding, Director of the Florida Highway Patrol. “FHP is grateful to Governor DeSantis and the Florida Cabinet for sponsoring this special recognition.”

On September 8, 2020, Trooper Horlkins Saget was notified that another trooper was in an active pursuit on I-95, just north of Atlantic Avenue. Being in the immediate area, Trooper Saget responded and joined the pursuit. The suspect’s vehicle made an abrupt exit from I-95 and crashed into another vehicle. The suspect was able to drive from the scene of the crash approximately one-half mile before having to abandon the heavily damaged vehicle. The suspect exited his vehicle and fled on foot into a nearby neighborhood, carrying a military style rifle and a semi-automatic handgun. As both FHP troopers continued to pursue, the suspect fired his rifle at them. The pursuit then continued on foot as the armed subject ran between two houses and positioned himself to engage the troopers. As Trooper Saget rounded the corner, he was immediately engaged by the suspect who discharged his handgun at Trooper Saget but missed. Trooper Saget instinctively and immediately returned fire, striking the suspect, and ending the deadly threat. It was later determined the suspect was wanted by authorities on multiple felony warrants and was considered armed and dangerous. During this incident, Trooper Saget was exposed to extreme peril and his immediate actions not only neutralized the threat to himself, but also to other law enforcement and the public at large.

The Trooper of the Year award was created in 1965 by the Florida Petroleum Council to recognize Florida Highway Patrol Troopers for the work they do each day to ensure A Safer Florida.

The Florida Department of Highway Safety and Motor Vehicles (FLHSMV) provides highway safety and security through excellence in service, education, and enforcement. Florida is leading the way to A Safer Florida through the efficient and professional execution of its core mission: the issuance of driver licenses, vehicle tags and titles and operation of the Florida Highway Patrol. To learn more about FLHSMV and the services offered, visit https://www.flhsmv.gov, follow us on Twitter @FLHSMV, find us on Facebook or follow us on Instagram.