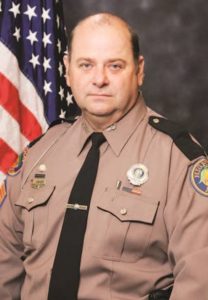 Master Sergeant Bishop was struck and killed by a vehicle while investigating a crash on Interstate 75 in Alachua County.

Master Sergeant Bishop had served the residents of Florida, with the Florida Highway Patrol, for more than thirty years. His career with the FHP began January 12, 1987. He was a member of the 78th Recruit Class in Tallahassee, from January 12, 1987 to April 30, 1987. He was assigned to Troop B-Gainesville. At the time of his death, he was 52. He was survived by his wife, son and sister.