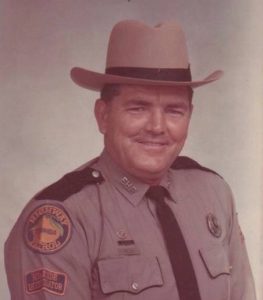 Trooper Kelly was on routine patrol in St. Augustine, when another vehicle struck his cruiser from behind.

Trooper Kelly had served the residents of Florida, with the Florida Highway Patrol, for 22 years. His career with FHP began November 1, 1952. He was in the 11th recruit class at Eglin AFB, from October 7 to November 7, 1953.  He was stationed in Panama City, Fort Walton Beach, Marianna and St. Augustine.  At the time of his death, he was 43. He was survived by his wife, Barbara.