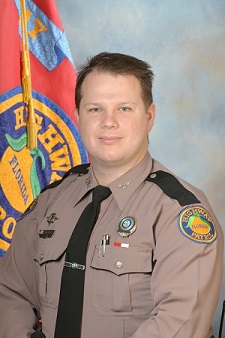 Trooper Vickers died in the line of duty as a result of a crash on Friday, September 27, 2019 when his patrol car struck a construction truck in Orange County.

Trooper Vickers served the citizens of Florida, with the Florida Highway Patrol, for more than four years. He was in the 131st recruit class in Tallahassee, from March 23, 2015 to September 30, 2015. He was also a Navy Veteran. At the time of his death, he was 31. He is survived by his mother, father, brother and his fiancée.