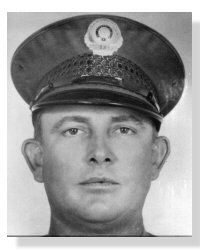 Patrolman Daniel was shot during a traffic stop, by an escapee, in a stolen vehicle, in Miami. He usually drove a motorcycle but was driving another officer’s vehicle that night, which was taken by the suspect and wrecked not far away from where the shooting occurred.

Patrolman Daniel had served the residents of Florida, with the Florida Highway Patrol, for 6 months. His career with FHP began July 1, 1941. He was in the 3rd recruit class in Lakeland, from July 1 to August 1, 1941.  He was stationed in Miami.  At the time of his death, he was 32. He was survived by his wife Florence and son Bill.