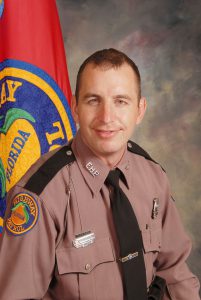 Trooper Bullock served the residents of Florida with the Florida Highway Patrol for nearly 19 years – all on the Treasure Coast. He was in the 99th recruit class in Tallahassee, from February 26, 2001, to August 17, 2001. He was a veteran of the United States Air Force. At the time of his death, he was 42 years old. He is survived by his mother, father, and his two sisters.​

FHP and FLHSMV honored the life and career of Trooper Joseph Bullock. The memorial services are available to watch below.