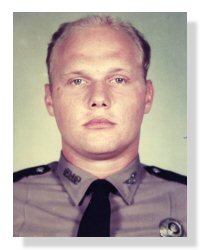 On January 24, 1972, Trooper Morris was on routine patrol in West Palm Beach, when another vehicle forced his cruiser into a bridge railing.

Trooper Morris had served the residents of Florida, with the Florida Highway Patrol, for 3 years. His career with FHP began August 11, 1969. He was in the 36th recruit class in Tallahassee, from September 1 to November 22, 1969.  He was stationed in Fort Lauderdale and West Palm Beach.  At the time of his death, he was 27. He was survived by his wife, Brenda, and two sons.