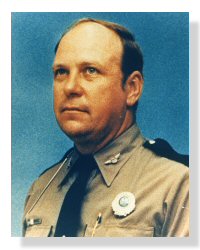 Trooper Groves was shot, September 15, 1984, during a routine traffic stop on the Turnpike in Palm Beach County. The vehicle was loaded with marijuana and four subjects were subsequently apprehended.

Trooper Groves had served the residents of Florida, with the Florida Highway Patrol, for 14 years. His career with FHP began October 1, 1970. He was in the 38th recruit class in Tallahassee, from January 10 to April 3, 1971.  He was stationed in West Palm Beach.  At the time of his death, he was 41. He was survived by a wife, Sandy, and two children.