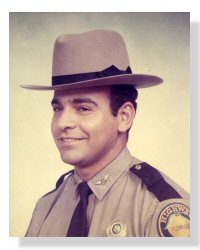 Trooper Barnett, during a traffic stop in Miami, was standing away from the roadway with the original violator when another vehicle ran off the road and struck him.

Trooper Barnett had served the residents of Florida, with the Florida Highway Patrol, for 5 years. His career with FHP began May 1, 1973. He was in the 44th recruit class in Tallahassee, from September 24 to December 14, 1973.  He was stationed in Miami.  At the time of his death, he was 30. He was survived by his wife, Jacqueline, and two young children, Shandra (3) and Shirley (18 months).