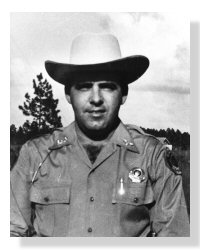 Trooper Gasque was shot when he was ambushed while he and a prison dog handler with his police dog, Major, tracked two fugitives in Jacksonville. The suspects were wanted for abducting and shooting at a Duval County sheriff’s deputy.

Trooper Gasque had served the residents of Florida, with the Florida Highway Patrol, for 2 years. His career with FHP began August 1, 1959. He was in the 19th recruit class in Tallahassee, from February 1 to April 16,1960.  He was stationed in Jacksonville and had just gotten a transfer to Daytona Beach, where he lived. At the time of his death, he was 30. He was survived by his wife, Kate, and two children, Katherine Ann and Mike.