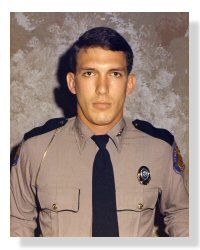 Trooper Kohler was shot by a runaway teenager while he was assisting a disabled motorist. A tow truck driver at the scene was also shot and killed.

Trooper Kohler had served the residents of Florida, with the Florida Highway Patrol, for 1 year. His career with FHP began October 17, 1977. He was in the 54th recruit class in Tallahassee, from January 8 to April 7, 1978.  He was stationed in Miami.  At the time of his death, he was 23. He was survived by his parents, Oscar and Martha, and three siblings David, Chris and Karolyn.