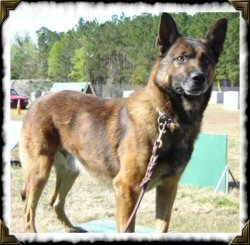 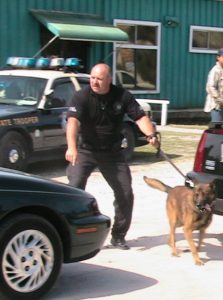 FHP K-9 Enzo began his career in 2004 with Trooper John Dance as his handler in Volusia County, Troop-D. K-9 Enzo was donated to the Florida Highway Patrol by Halifax Paving and Southern Coast K-9.

K-9 Enzo was responsible for the seizures of approximately $6,000,000 in narcotics, currency and vehicles.

K-9 Enzo passed away in his sleep October, 2011, at Trooper Robert Roux’s home. K-9 Enzo will be missed by the Dance, Roux and Strickland families.