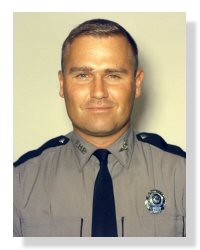 Trooper Black was shot while investigating a suspicious vehicle parked at a rest stop on I-95 near Pompano Beach.  Corporal Donald Irwin of the Ontario Provincial Police, Canada, vacationing in Florida, was riding along with Trooper Black.  He went to assist and was also shot and killed.

Trooper Black had served the residents of Florida, with the Florida Highway Patrol, for 9 years. His career with FHP began April 1, 1967. He was in the 32nd recruit class in Tallahassee, from August 2 to October 25, 1967.  He was stationed in Key West and Fort Lauderdale.  At the time of his death, he was 39. He was survived by his wife and a young son.