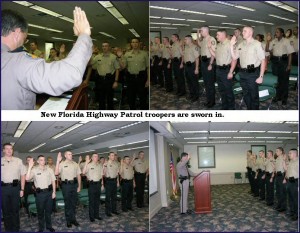 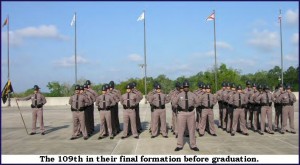 The 109th Basic Recruit Class began their training September 20, 2004, while the members of the Certified Officers Recruit Class didn’t begin until December 6, 2004. After completing their respective 30 week and 9 week stints at the Academy in training, the Basic and Certified Officer Recruits were eager to receive their diplomas and badges and take their oath of office. The graduates must still complete 10 weeks of field training in their newly assigned districts before they are released to solo patrol.