History of the Florida Highway Patrol

I just came across your website and enjoyed reading the history of the Florida Highway Patrol, especially since so much of that history involved Col. Henry Neil Kirkman. He was my grandfather.

Col. Kirkman had a lot to be proud of: his family, his distinguished service in two world wars, his work with the Army Corps of Engineers between the wars, and his involvement in building one of the country’s best highway patrols (I would say “the best,” but it might get back to one of my employer’s clients, the North Carolina Highway Patrol). Outside of his family, what made him feel the most pride was the work and the accomplishments of the men and women of the Florida Highway Patrol.

I can remember as a boy traveling throughout Florida with my grandparents. We were constantly visiting patrol stations, troopers’ homes or even troopers who were on patrol and totally unaware that the car pulling up beside them was that of The Colonel. My grandfather would light up when he saw his FHP colleagues, young and old alike. If we were headed to a patrolman’s house for dinner, he could not wait to get there. Even though I was just a little kid, I could tell that those men and women genuinely liked and respected him and that the feeling was mutual.

Before he died in 1974, I often visited my grandfather at the nursing home and got him to reminisce about such events as fighting in the trenches during World War One or building and re-building landing strips in England during World War Two. He had some amazing stories from those conflicts. Many were quite funny. Others were gory. He saw lots of his buddies die. In his old age, however, the deaths of his comrades which pained him the most were those of Highway Patrolmen who had been under his command in Florida.

His obvious distress over the memories of highway patrolmen dying while on duty seemed to stem from two things. First was the fact that those troopers usually patrolled the highways alone. Unlike the situations he encountered in during the two wars, no comrades were at the patrolmen’s sides when they were gravely injured or dying. He found that painful to contemplate. The second reason was the nature of the human opponents in the deadly confrontations. He kept saying that most of the German soldiers were just like him and his colleagues and that they probably would have been back home working their jobs had they been given a choice. Those who attacked highway patrolmen, on the other hand, had deliberately elected to do evil. He also felt they were also cowardly in attacking lone police officers who were engaged in something noble – protecting everyone’s safety.

The concept of the lone trooper on patrol caused my grandfather to seek the best training and the best equipment for those in his command. If you have not heard the story already, I encourage you to learn how he and Bill France, Sr. teamed up with a NASCAR driver and the TV stations to embarrass the state bureaucracy into reversing its decision to place cheap tires on FHP cruisers. It was long before the day of the “60 Minutes” or “Dateline” television news expose’, but it was brilliant.

My best wishes to everyone at the Florida Highway Patrol. 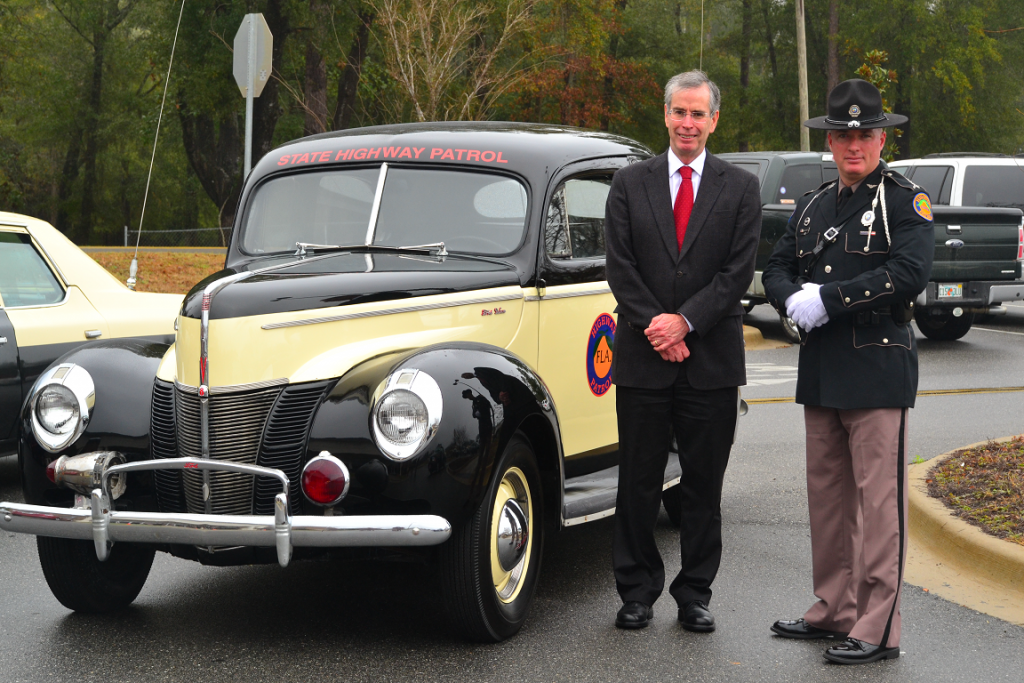 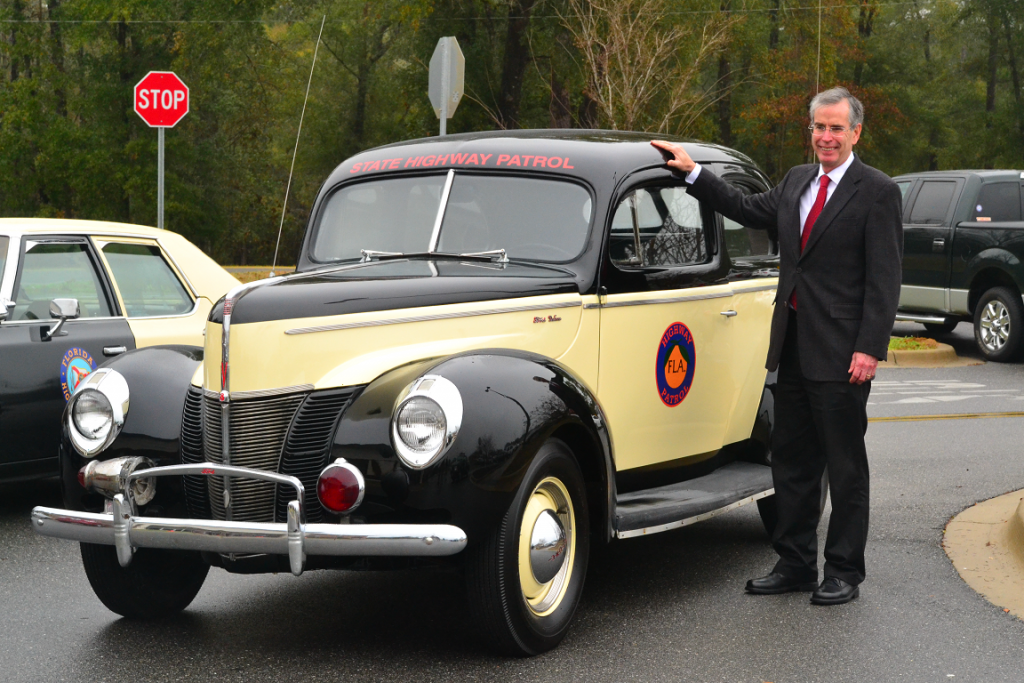